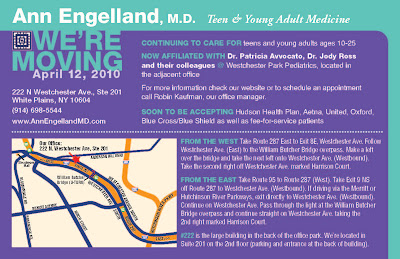 Can a few beers give you an STD? 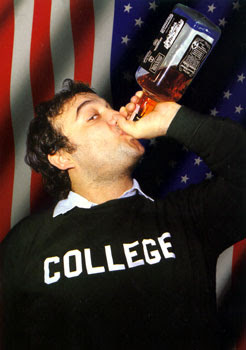 Everyone knows that partying under the influence can put folks at risk of driving dangerously, of intoxication, of acting stupid, of triggering alcoholism, of doing risky things, and of countless other regrettable escapades.

But now we have data that also shows that binge drinkers, particularly female binge drinkers, are at risk of engaging in risky sexual behaviors and therefore are more likely to contract STDs. These risky behaviors include unprotected sex, multiple partners and receptive anal sex. Just as a reminder, binge drinking is defined as more than 5 drinks in a row for males and more than 4 in a row for females.
Screening for STD's has become very easy with the technology known as PCR (polymerase chain reaction) and can be done on a random urine sample. No pelvic exam necessary. Men can--and should--also be screened for Chlamydia and Gonorrhea using this simple technology. In spite of this the CDC has documented appallingly low rates of screening among young women presenting for routine preventive visits to outpatient facilities. Even with under-reporting the rates of STD's are rising. It should come as no surprise since unscreened, asymptomatic carriers continue to spread their infections without even realizing it.
Next time you go for a check up, ask to be screened. Ask specifically. Just because they ask you for a urine specimen does not mean it is being sent to the lab for STD screening. Feel no shame; it would be a real shame to be responsible for spreading disease!
Posted by Ann Engelland, M.D. at 2:08 PM No comments:

We have come to assume that our privileged and wasteful lifestyles, driven by fast, accessible, cheap foods have contributed to the increasing portion sizes and the epidemic of obesity in the US. But is that necessarily so?

A recent study in the International Journal of Obesity by Brian Wansink, a Cornell Nutrition professor and his brother, Craig Wansink, a biblical scholar at Virginia Wesleyan College, have analyzed over 50 renderings of Jesus' "Last Supper" and determined that the size of entree portions has increased by over 70% in the last thousand years. The serving size of bread and the plates from which the food is served have also been sized up.

Some news is just too much fun to pass up. With the twin holidays of Passover and Easter close at hand, the news media also has a hard time ignoring this one. Other scholars and nutritionists have begun to weigh in with their views on this "fun" research and point out that few if any of those depicted in the scenes appear to be overweight. Perhaps the painters had Thanksgiving in mind rather than an ascetic last supper in the wilderness.
Posted by Ann Engelland, M.D. at 10:04 AM No comments:

Stand with Haiti: pass it on!

Click here to see a two minute YouTube clip of Paul Farmer asking us not to forget Haiti and its beautiful, remarkable people. Farmer is the amazing doctor who founded Partners in Health and has been working in Haiti and with Haitians to promote justice, development, and health. His wonderful book, Mountains Beyond Mountains, has been an inspiration to many.

Take a look and use Partners in Health's ingeniuos way to pass the message on. Just an old fashioned chain letter in the service of a great humanitarian cause.

Social Networking to the Rescue in Haiti

I cannot help sharing this post from my friend Kevin Connell who works for Real Medicine Foundation in Haiti, one of the groups that I was affiliated with during my stay in Haiti. This is a great example, written with verve, of how social networking can help change the world even in the face of calamity:

Much-Needed Rehab Equipment Obtained through Portlight.org We made a great connection tonight with a supplier from Portlight.org working out of Quisqueya University. The school was shut down after nearly all of its building collapsed in the earthquake, but it is currently being used (along with the other Quisqueya schools) as a staging point for relief operations. As mentioned in the previous post, our partner, Sacred Heart Hospital, has been inundated with amputees for weeks without the proper human or physical resources to treat them. In our efforts to get help with supplies, one of our contacts here in Port-au-Prince Tweeted a request for physical therapy equipment (crutches, walkers, etc) on our behalf, setting the process in motion early this afternoon. Two hours later through the help of Twitter users all around the world, we were sent word of Portlight’s supply of rehab products located less than five minutes from our location at the hospital and ready for distribution. After a simple phone call, we had setup a time to meet their coordinator, Richard Lumarque, fifteen minutes later for pickup and were on our way. With a little help from Google Maps, Mel (physical therapist) and I made it to Portlight’s depot at Quisqueya before sundown and were reviewing inventory with Richard for receipt.Soon we had stuffed my small SUV rental from Avis full with a three-wheel walker, 23 walkers, some crutches, two boxes filled with platform attachments used for complex mobility needs and a load of neck braces. The equipment was added to the supply room at Sacred Heart, set to be handed out to the 50+ Sacred Heart amputees who have been bed-ridden since January 12th. Mel estimated the equipment to be worth roughly $5,000—a big score for the community at Sacred Heart, waiting to walk again.. and not bad for two hours of effort. Many thanks to Richard Lumarque, Portlight.org, and the Twitter community for making it happen.

Since Haiti, it has been hard to know where to focus in order to resume blogging about teens. But the newest issue of the Journal of Adolescent Health has an article that caught my eye: "Adolescents' Perceived Risk of Dying" . For someone like me who has espoused the psychological tenet that adolescents "suffer" from a power and invincibility complex, the very title is intriguing.

Researchers at the Department of Social and Decision Sciences at Carnegie Mellon reviewed a national sample of over 3000 14-18 year olds and a regional sample of seventh and ninth graders. Kids were asked about their chance of dying in the next year and before age 20 and about some defined threats to their physical well-being such as violent events, crime, personal safety and threats to their health.

Although the actual statistical death rate for this population is 0.08%, the teens studied estimated that their chances were between 5 and 10 percent. What is most interesting is that there was a strong correlation among teens who reported a higher probability of dying with feeling less safe, having been a victim of a violent crime, expecting to be a victim or seeing more gang activity in their neighborhoods.

The authors of the study combed in detail through the limitations of the study but in the end they exhort those of us who care about adolescents to be aware of this connection between perceived threats and expectations for life. Would a kid growing up in a threatening environment be more likely to engage in self-destructive behaviors because of a "what the hell, life is short" attitude? These kids would benefit from counselling about the actual risk to them of their perceived threats. Only then can a teen be expected to dial down his fear and move beyond.

The authors end with this: "Adolescents need faith in their future so as to invest in their own human capital, by studying, working , and avoiding risky behaviors." Safety and the threat of violence should be a part of every teen conversation with social workers, pediatricians, guidance counselors, friends and parents.
Posted by Ann Engelland, M.D. at 12:56 PM 2 comments: