Who is this brave young woman? Meet Constance McMillen, an 18 year old from Fulton, Mississippi who has made headlines all over the country because she fought back. After she announced that she wanted to attend her high school prom with her girlfriend--and wear a tux to boot--the school cancelled the prom. The ACLU got involved and Constance pretty much became a pariah in her small town.

But she is a heroine to a wider world which includes Mayor Bloomberg who marched with her in the Gay Pride Parade in New York City this weekend and Ellen Degeneres who awarded her a $30,000 scholarship for college and to President Obama who hosted her at the White House.

To listen to her during interviews is to marvel at her poise and her grace. Her message is simple; it is wrong to discriminate in this way.

For great photos of the riotous, uproarious and joyous Gay Pride Parade in New York City click here. Constance's presence at this annual tradition just goes to show that the struggle is not over for many.

Teen Smokers: Can You Really Quit? 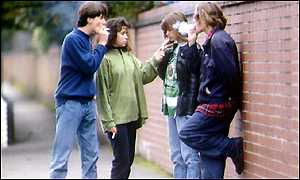 How quickly does a young teen smoker become dependent or "addicted?" It turns out very quickly. In a new article in the respected journal Pediatrics by Doubeni and colleagues from Massachusetts a remarkable study shows that even monthly puffs can quickly lead to a risk of developing dependency.

The researchers followed over a thousand sixth graders in 6 Massachusetts schools with three confidential interviews per year for four years. Of note is that of 1246 sixth graders, 370 had inhaled from a cigarette at least once.
Dependence follows a pretty typical course and begins, sometimes after the very first cigarette. The sequence is as follows: a strong desire for a cigarette followed by a sense of dis-ease when cigarettes are not available (called "withdrawal") and then followed by a sense of being "addicted" and unable to control use. As the symptoms intensify, the frequency of use accelerates in order to satisfy the cravings and treat the increasing withdrawal (feeling irritable, restless, anxious, and having difficulty concentrating). This feeds a vicious cycle of tolerance (a hallmark of addiction where needs are only met with increasing doses of the drug) and more symptoms of addiction.
What this study shows is that even relatively infrequent and intermittent use of tobacco can promote symptoms of dependence very quickly in young people. Parents, teachers, doctors and students need to know this and begin to recognize the early symptoms of dependence and encourage stopping even the most casual nicotine exposure.
photo credit: http://news.bbc.com 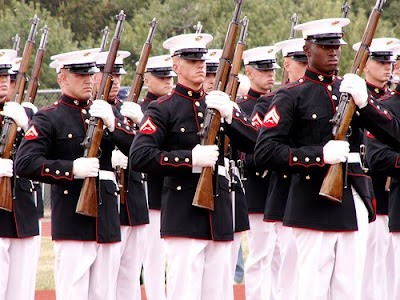 Maybe it was wrong to forbid him to play with guns. At the time it seemed like the right thing to do, like not hitting or spanking the way my own parents were raised. Sure I was a byproduct of growing up through the sixties, although I was only a flower child til the flowers in my hair wilted.

Of course I realized it was futile when he started telling stories out loud to himself at the age of two that were audibly peppered with explosions and pops and all manner of violent imaginations. And then when he chewed his ginger cookie into an unmistakable pistol it should really have been clear.

But I stuck to my guns. No guns, not even the historic model of a bayonet from Williamsburg.

And he grew into the gentlest of sons, attentive to his younger sisters, adoring and admiring of his brothers. Able to strike up a conversation with anyone, empathize and actually go help tsunami, hurricane, and earthquake victims around the world.

So how strange to flash forward to this week when my 26 year old son was commissioned as a second lieutenant in the US Marine Corps at a small ceremony in a lush, flowery corner of Central Park. How odd to see him walk that particular way, stiff and serious, poured smartly into the dress blues and the impeccable white pants. I briefly thought of pretending it was Halloween but couldn't. This was his moment, the culmination of years of wishing, convincing me, and training for this moment.

However much it makes sense that this ragged environmentalist has become a counter-insurgency advocate; however much I admire his physical and intellectual accomplishment, it's still hard to hand over the first born to a power greater than us and worry that the bravado or incompetence or marksmanship of someone else could some day take him out.

photo credit
Posted by Ann Engelland, M.D. at 7:26 AM No comments:

Hosting an After Prom Party? Listen up

My dental hygienist loves to talk. Maybe that is part of the job description, but I don't think she usually expects the patient to burst out laughing from her stories and leave the floss dangling.

Yesterday she told me about a friend of her son who is a cadet at West Point. The friend's mom generously hosted a Memorial Day party at her house for some of his friends. She didn't really know that the entire baseball team would arrive for a sleepover and pool party. When she decided to go to bed she made rounds of the party and discovered at least one cadet who had had too much to drink. Wisely, she told one of the friends: "Listen to me, I am holding you responsible for this young man. I do not want to find a body in the pool in the morning." The response? The well trained, "Yes, Maam." I don't think a salute was included.

When she got up early the next morning to a very quiet house, of course the first thing she did was go check the pool . She found the sleeping cadet she had spotted the night before upright in a lounger sitting poolside and duck taped to the chair.
Posted by Ann Engelland, M.D. at 9:15 AM No comments:

Parents of boys are no strangers to the commonly reported facts that boys are not as engaged as their sisters in school, that girls' admissions to selective Manhattan nursery schools outstrip boys, and that there are more women than men graduating from most colleges and universities. Along comes a novel way to approach understanding teens, and boys in particular.

David Reinstein, LCSW, recently reported on a list of books for parents of teens to read in order to better understand adolescents. What makes this list refreshing is that it is a list of NOVELS, not How-To Parent guides. "Ten Best Books of Fiction for Parents of Teens to Read" is a brief review of ten classic stories. Except for one, they are all about boys. Here is the list, minus his instructive annotations.

It's always a good idea to reach out to the experiences of others to understand our children. The notion of reading novels to plumb their psyches is nothing new to an English teacher but it's a wonderful notion for parents.

Let me know if you have other books to add to such a list. Who knows? Maybe it's the start of a book club.
Posted by Ann Engelland, M.D. at 2:42 PM 1 comment: