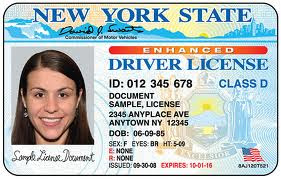 As if the New York state graduated driving rules weren't confusing enough, they have just added a new rule that has been quietly introduced but with very little fanfare. And it promises to have some serious consequences.
As of September 1, 2010, the new law requires that drivers under 18 may not have more than one non-family member under 21 as a passenger. period. Read it again.

State authorities are responding to the facts at hand.  Drivers 16 and 17 years old are more than three times as likely to be involved in a car crash than others.  Limiting distractions while driving is one method of ensuring safer driving.  However, my recent conversations with teens has brought up three quick points worth thinking about and discussing:
Nonethess, it's the law.

Other good news in the announcement from the DMV: it is in the process of forming a new group called the Driver Education Research and Innovation Center (DERIC) which will look at reforming driver's education for young drivers.  In my experience, driver's ed is largely an inefficient misuse of precious time for juniors in high school who have better things to do than sweat through their friends' twenty minutes behind the wheel. Let's hope they will come up with a better plan.
Posted by Ann Engelland, M.D. at 3:01 PM