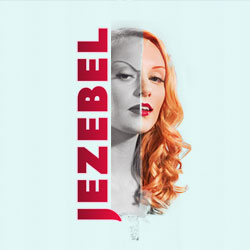 Recently I have been thinking about the invention of the automobile as a metaphor for social media and the internet.  Let me explain.

We are all intensely concerned about the misuse of the Internet and how much interpersonal harm can be done when this amazing invention is misused.  We only have to think about poor Tyler Clementi who jumped off the GW Bridge after his encounter with a man was videotaped and streamed live around his Rutgers campus and beyond.    Our understanding of this extraordinary tool called the Internet is still in its infancy, or maybe its' adolescence.  We have invented the automobile and we have the keys, but we don't have too many good roads, tools or rules yet.  We are finding our way.

Now we hear about the case of the Duke graduate who developed a thesis-format Powerpoint of her own sexual exploits as a joke to share with friends, and guess what?  It's gone viral.  At first, when I read her story on Jezebel, I thought about how this is a young woman who got the keys to a sixteen wheeler she was not supposed to drive. Thelma and Louise style, she was going to detail her sexual exploits while at Duke and create a rating scale, all beautifully prepared in board room style with images from Facebook of her multiple hookups.  Hey, the frat boys seem to get to do it all the time and somehow they seem to get away with talking about the sizes of their conquests' body parts, their hair, sexual abilities and prowess to make them feel bold and masculine and so forth.

But oops!, she missed her turn and instead of a spin around the parking lot, this truck is now out on the highway, barreling ahead and she has no idea how to really hit the brakes.

According to Jezebel she is "contrite" and trying to pull back on the reins (guess that would be a technique for a horse and buggy) Let's just watch and see how many men come forward to claim their reputations have been sullied and threaten to sue her.    My bet is not a one wants to go for that ride.
Posted by Ann Engelland, M.D. at 11:46 AM