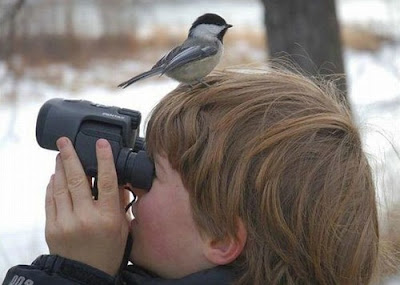 After we talk about excessive online activity and obesity in our young people, let's think about getting our kids back to nature.  At the recent annual meeting of the American Academy of Pediatrics the keynote speaker was Richard Louv who makes the case for getting our kids outside.  He has coined the phrase "nature deficit disorder" and on his website, Children and Nature, he cites scientific literature and posts oodles of opportunities for kids to get outside, no matter where they live.  There is even a downloadable prescription pad for pediatricians to prescribe outdoor play. It says:
Another speaker at the same conference enjoined listeners to help parents have permission to "bring back boredom" to allow kids to daydream and be more creative.  Planting seeds, playing in the snow, looking at the sky, listening to the birds, smelling the air: it doesn't have to be very complicated.  What seems "boring" will feed the imagination if we allow it to speak.

Perhaps the panacea lies in the notion of getting kids off the couch and into the outdoors.   This may afford them the best chance of avoiding the metaphorical "couch" treatment for their mental health.


image from www.greenloudon.wordpress.com
Posted by Ann Engelland, M.D. at 5:23 PM