Gabby, We Can Do Better. 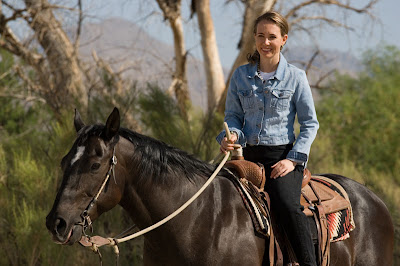 Gabby Giffords is a heroine of mine. I have supported her candidacy from afar for some time since Emily's List first introduced me to her years ago.  I like the words used to describe her: spunky, tenacious, smart, optimistic, a pioneer, a true friend, and especially a Democrat Arizonans can get behind.

Since Saturday when my distraught brother and mother both called from Arizona to alert me to the news of the shooting, I have been glued to the television and the news.  Themes keep repeating themselves: vitriolic politics, right-wing Arizona, the perils of democracy, gun control matters, and of course mental illness.  Today, I heard that there is debate in the Obama administration about how to turn this, spin it, twist it all so that it might be massaged to the Democrats' advantage.  How, someone mused, could the President keep his health care bill fighting for its life just as Gabby lies in coma fighting for hers in Tucson?

I think the link is clear.  The gunman's story is all too familiar.  A disgruntled, odd adolescent, expelled from college for bizarre behavior, ranting in cyberspace and elsewhere, buys a military-grade weapon and lets loose.  When we briefly put aside our outrage at him, if we can possibly put on our compassionate hats for just a minute, we realize that one way or another the system of health care and mental health treatment failed him.  And by failing him and his family, it has jeopardized all of us.

Mental illness, after all, is a health issue.  If the Republican congress were to repeal Obama's healthcare legislation as it has threatened, the tiny steps that were put in place to improve access to care will be eroded.

And that could matter for someone like the Arizona gunman.   These grave mental illnesses most often present and get diagnosed during late adolescence.  Coverage through parents' insurance up to age 26 can help these suffering young adults get the help they need.  The certainty that pre-existing conditions-like schizophrenia-will not bar a young person from insurance coverage will go a long ways to supporting these difficult patients.  And an attitude and philosophy that moves us all to see illness as bad luck rather than a badge of moral failing will go even further toward creating a more compassionate and safer society that we can be proud to call ours.
Posted by Ann Engelland, M.D. at 3:35 PM