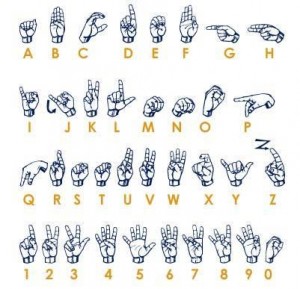 Since I moved my practice to White Plains, I have reached out to a few of my neighbors.  This has included Whole Foods and The Westchester, but also some of my medical colleagues who line Westchester Avenue.   Down the road a piece is The New York School for the Deaf in White Plains, called Fanwood.

When I visited I was enchanted by the small museum they have of various implements and instruments used over the years as hearing aids for hearing impaired people. In addition I was charmed by the beautiful grounds, the lovely people and the enthusiasm of the students and the staff, including the dynamic new executive director, Dr Janet Dickinson.

Here is some information from the website of the NewYork School for the Deaf also known in White Plains as Fanwood:


Chartered in 1817, the New York School for the Deaf is the second oldest school for the deaf in the United States and the oldest in New York State.  Originally located in New York City in the Almshouse behind City Hall, the school moved uptown in 1829 to a ten-acre parcel of land between present day Saks’ Fifth Avenue and St. Patrick’s Cathedral.

The school moved again in 1856, after purchasing a 37.5-acre wooded estate on the bank of the Hudson River, near the current location of Columbia Presbyterian Hospital. The school adopted the name of this estate, Fanwood, as its nickname, one that has followed the school to its current location.
In the late 1890s, Fanwood adopted a military curriculum to instill discipline and provide a more structured learning environment for students. The school was the first in the nation to do so and was also the first school for the deaf to form a military band. For the next 50 years, precise military drills in tight formations were a daily occurrence on the Fanwood parade grounds.

After spending 80 years in Upper Manhattan, the school purchased a 77-acre apple farm on Knollwood Road near White Plains in 1934.  In 1952, the school dropped its military program and become a coeducational institution again.
Since 1977, Fanwood has practiced a total communication approach to learning – which challenges students to develop their linguistic ability in a number of areas, oral and written English in addition to American Sign Language.
Fanwood has also fully recognized the benefits of using technology to help deaf children function in the world of the hearing. The TTY phones and closed caption TVs of the 1970s have given way to video phones, smart boards and computer learning aids.
In addition, all students are now assigned MacBooks as part of the Apple 1:1 program for use in the classroom and, for high school students, to use at home as well.
2007… School celebrates 190th year of providing educational services to deaf and hard-of-hearing students
As the New York School for the Deaf approaches its 200th anniversary, Fanwood will continue to build upon its heritage of combining individualized instruction for students with the latest innovations in education for deaf students.

Click here for a wonderful three minute video of the director and students talking about their school. There are over 185 students there now from many towns, counties and school districts.

BUT NOW THIS amazing history and institution may be threatened by Governor Cuomo's budget plans.
If you take a look here, you will see that the precious status of the NYSD is being threatened as NY State moves to pull back its funding of this and other schools as an approved private school rather than a state funded private school.  As I understand it, this proposal would ask local districts to fund the education for their deaf and hearing impaired students since the state funding would be missing.   Since we all know local districts themselves are hurting, the fear is that local schools would not be amenable to paying for the special needs of these students and keep them in an integrated, "inclusive" setting.
Many professionals and experts in education for the deaf, including the new director, Dr Janet Dickinson, believe in the value of evaluation and education for deaf students in a specific environment where deaf students are taught strong communication skills in a lively communicative environment, are not a minority and socialize with like students in full  view of mentors and role models (older students and faculty) who have similar disabilities, abilities, struggles and achievements.
For a letter to Governor Cuomo from the Fanwood website, take a look here and send it on to Albany to defend this amazing school.