The most unwanted souvenir from travel abroad 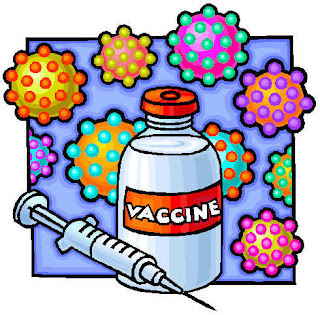 As a frequent international traveller, I have been giving guidance, advice, immunizations and  prescriptions to  my patients and families for some time.  Because I am a licensed yellow fever vaccine provider I often hear from patients planning trips beyond western Europe.

Now, however, we hear of outbreaks of measles in France and other European countries.  This year alone, there have been over 5000 cases of measles in France.   Most of these occurred in children who were not vaccinated at all or were inadequately vaccinated against measles.  Measles is not a mere nuisance of childhood.  It often involves significant illness (that would definitely ruin a vacation), potential for hospitalization and a non-negligeable mortality. Pediatric News (available here with free signup) reports that in January and February of this year there were 28 cases of "import-associated" measles in the US.  Patients had either traveled abroad or were exposed to someone who had.

Generally speaking the target group here is infants less than a year of age who have not yet had the recommended vaccine, typically given right after the first birthday.    It is now suggested that these infants be vaccinated before a trip abroad (except to Canada and Australia) and then again once they are over 12 months of age. If you have friends or family traveling with young children be sure to remind them to look up the current recommendations and take them to their pediatricians who may not be aware of the current practices given the recent outbreaks overseas.

Most teenagers and young adults have been fully vaccinated against measles.  However, a surprising number of patients have not been fully vaccinated against measles often by parental choice.  Sometimes this involves a religious exemption to required vaccines.  Sometimes there have been concerns about safety of the vaccine (Did it cause autism?) and these concerns have never been addressed and updated since new research has overturned this theory. If I see patients like these who are now over 18 and responsible for their own health I will have a conversation about risk and benefit, especially if they are going abroad.  After all, the risk with measles (and other illnesses like pertussis-whooping cough) is not just to the patient herself but to vulnerable people in her midst.

image from bluedeerhealing.com
Posted by Ann Engelland, M.D. at 11:30 AM