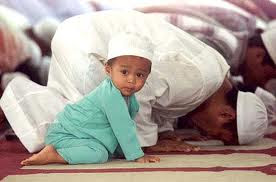 I just read Tom Brokaw's book, The Greatest Generation about people born in 1920 who experienced World War II during their twenties.  He notes over and over again that this generation was ready to sacrifice education, livelihood, time and family for the country and often gave their lives in the process.  The book profiles many famous folks from that time but also some remarkable unsung heroes.  One of the best chapters is entitled "Shame" where Brokaw reveals the lives and sacrifices of Japanese-Americans and black and Latino Americans who met with  dramatic segregation and hate during the war years.

Have we learned from the mistakes of that great generation?

Over the past week or so, a despicable YouTube video montage that purports to support the notion that Barak Obama is a Muslim was shared by a family member of mine.  It struck a cord in my children who have responded with poetic personal anecdotes.  As I read The Greatest Generation, I was struck by the possible subtext that in some way the current generation of young people is somehow deficient in patriotism, humility, sense of service and willingness to sacrifice. But my own family has come forward to show that this is not necessarily so.  The following email responses (printed with permission) to the video  were sent by my family members who decided to jump in the ring to show the global understanding and thoughtful, nuanced way they look at the world in the 21st centruy:

I have heard the call to prayer. I have been a guest in Muslim households. I currently have a Muslim housemate. And i have had Muslim boyfriends! BUt besides all of that, Obama is not Muslim. WAKE UP.


I spent a year hearing the call to prayer too. I fasted during Ramadan (ok, for a day, but still), I ate a ritually slaughtered sheep during eid al adha, donned traditional Muslim dress, visited mosques, learned to speak Arabic, and I still don't eat pork. It doesn't make me a Muslim. More to the point though, being a Muslim wouldn't make me a traitor.

The call to prayer is a beautiful sound - I too heard it every morning in Indonesia, like President Obama, and I am no more Muslim than he. We need more people who appreciate the different cultures that make up this country, and fewer bigots who latch on to every divisive opportunity that presents itself. Inshallah -- God willing.

If the anniversary of 9/11 taught us something maybe it is that it'snot simple or straightforward.  Let us all engage in the complex efforts to understand the larger world and nurture the next generation of hope.