My 200th Blog: What does Sponge Bob do to our minds? 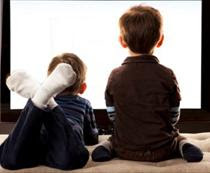 I am celebrating my 200th blogpost with a fresh little article from the October 2011 issue of Pediatrics, "Fast Paced Television and Children's Executive Function." Not exactly about teens but read on.

Researchers at the University of Virginia did a neat little experiment on sixty 4-year-olds---admittedly a small sample but just wait to see the results. What they found is that only a few minutes of certain kinds of television can have a remarkable impact on the childrens' "executive function."

Executive function (EF) is quoted in the article as including "a collection of prefrontal skills underlying goal-directed behavior, including atention, working memory, inhibitory control, problem solving, self-regulation, and delay of gratification."

The kids were randomly assigned to a 9 minute epidose of "fast-paced television" (with scene changes every 11 seconds and almost constant motion on the screen); the same amount of time watching educational television(not specified but I think we mean Sesame Street); or 9 minutes of drawing with crayons and markers on paper. Before the test phase of the research the children were evaluated to show that each group was similar with respect to socio-economic facotrs, television habits and rough measures of attention span.  They were then given four tests of executive function (HTKS, backward digit recall, tower of Hanoi, and a test of delayed gratification--all age appropriate and really interesting if you care to take a look at the descriptions of the tests).  After the 9 minute TV or drawing test period the kids were re-evaluated and the following graph shows the change between pre- activity (fast-paced tv, educational tv, or drawing) and afterwards:

Essentially what we learn here is that fast paced television can affect these four year olds' minds in a way that slower paced entertainment doesn't. All of the fast-paced TV group scored worse on all of the EF tests that were included in this study.  It did not address how long this effect persists or what effect more than nine minutes of watching might have.
In an accompanying editorial in Pediatrics, Dr Dimitri Christakis compares the fast paced television to multi-tasking in older students and adults.   Multitasking is the ability to rapidly oscillate between two or more activities, similar perhaps to watching the hyperactive motion on the screen of some shows.  He raises the question of what the social and educational implications of this potential deficit in executive function might mean as we move forward.
Is the anxiety and inability to focus (read "poor executive functioning") we see in our teens and young adults related to this fast-paced input?  Is it a result of the related multitasking that most of our kids do so "well?"
Stay tuned.
image from sandiego6.com via Google
Posted by Ann Engelland, M.D. at 5:03 PM