What they are NOT saying about HPV.... 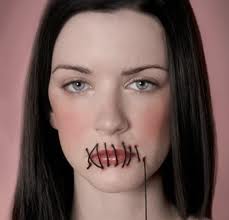 While the political candidates hurl insults and untruths at each other about all manner of topics, there is something getting lost in the melee.   Ever since Gardisil vaccine (to protect against Human Papilloma Virus) was approved for girls, I have been telling sceptical parents that Governor Perry's early and messy endorsement of Gardisil  really bollixed it up for those of us on the front lines.  What do I mean?  In spite of a great track record of safety and efficacy, the HPV vaccine is still not accepted as widely as it should be.  This is partly  because Perry made it look like one more BigPharma boondoggle. But it's also due to the fear that we will have to discuss SEX when we talk about the shot.

But we must talk about sex.  Listen to this:

A new study in the Journal of Clinical Oncology --available here only in abstract (abbreviated) form-- brings the stunning news that HPV is contributing to a growing number of head and neck cancers (tonsils, throat and tongue).  It seems that there are two types of oropharyngeal cancers, those caused by tobacco use and those caused by HPV. Between 1984 and 2004 in a study of 6000 patients, HPV-positive cancers increased 225% while HPV-negative oropharynx cancers dropped 50%–most likely because of a reduction in smoking and tobacco use.

Abstinence from intercourse will certainly prevent transmission of HPV to the cervix but what no one is talking about in public is that abstinence and fears of pregnancy and HIV have fostered an explosion in oral sex and other non-intercourse (some call it "outercourse") activities.  Of course they look at me funny when I tell my patients that if they are engaging in oral sex (or giving "head") there should be a condom involved.  Almost no one actually does that.  And so, the HPV is being transmitted to both men and women in growing numbers.

One other problem is that there is as of yet no screening tool to detect early HPV infection or early cancerous cells in the head, neck and oral cavity.  For cervical cancer, the Pap smear has been the standard method of early detection and along with HPV vaccine is responsible for dropping incidence of cervical cancer.

What we need is a rational conversation and some quick, good research to determine whether the vaccine actually does prevent these oropharyngeal cancers, as most believe it will. Then we need to continue to press our insurance companies to cover this vaccine for both women and men.

Finally, we need to talk about SEX before it's a conversation about CANCER.

image from halimdeichatmd.tumblr.com via google
Posted by Ann Engelland, M.D. at 2:58 PM